A Critical Reading of Chinua Achebe’s Man of The People

Achebe’s narrative text, A Man of The People (1966), is a political satire in which he exposes the intricacies of democratic politics in a Nigerian setting. At the heart of this narrative is a clear denunciation of a bastardized political system in a perverse socio-cultural and economic environment similar to what pertains in Ayi Kwei Armah’s The Beautyful Ones Are Not Yet Born (1968), Ahmadou Kourouma’s The Suns of Independence (1970) and Amu Djoleto’s Money Galore (1975), among many others. Despite the fact that A Man of The people was published in 1966, its central theme, that is politics, corruption and underdevelopment in Africa, is still relevant to contemporary socio-cultural, economic and political context in Africa. No doubt the novel is classified among African classics in literary studies, as it is one of the narrative texts studied in universities across Africa and beyond. This study seeks to critically examine the nature of linguistic tools and stylistic detours that define the satiric outlooks of this narrative text of Achebe as a denunciative discourse and its impact on the effective transmission of the message of socio-cultural and attitudinal transformation for sustainable socio-economic and political development. Considering the nature of literature as a social discourse (Fowler 1981), the study will be posited in the theoretical framework of critical discourse analysis CDA (van Dijk, 1993b). Critical discourse analysis is a type of discourse analytical research that primarily studies the way social power abuse, dominance, and inequalities are enacted, reproduced, and resisted by text and talk in the social and political context (van Dijk, 2001).

Mawuloe Koffi Kodah is a Senior Lecturer of French, Francophone African Literature and Civilisation and Head, Department of French, Faculty of Arts, College of Humanities and Legal Studies, University of Cape Coast, Ghana. He is a product of the University of Cape Coast (Ghana), Université Cheikh Anta Diop de Dakar (Senegal), and The Institute of Social Studies, The Hague (The Netherlands). His research interest is in Literary Critique, African Literature, and Governance. He therefore has a good number of publications in these disciplines. Some of these publications can easily be accessed online. 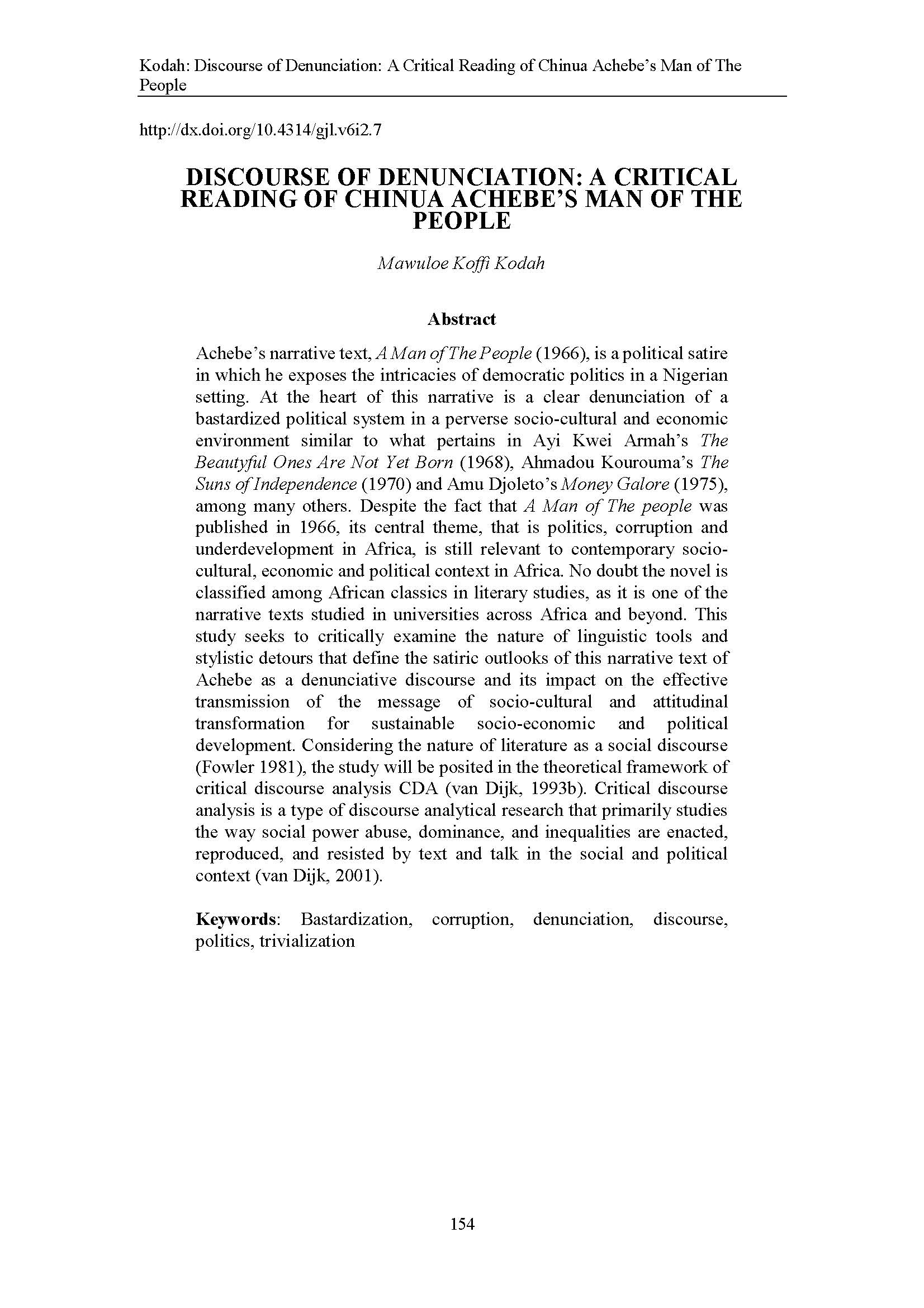