An Inquiry into the Semantic Content of Some English Modals

Twenty years of the Beijing Conference has been celebrated in 2015. However, the extent to which women empowerment is expressed in their linguistic choices remain an issue of interest to linguists. Modal verbs as propositional elements that can reveal women's power self-expression has not been much investigated. This study thus set out to investigate the meaning content that these grammatical elements possess in relation to their usages by women as syntactic elements expressing their perception of their power positioning within the Nigerian psychosocial milieu. Data were collected using sample extracts taken from newspaper articles expressing women linguistic usages of English modal verbs. An analysis of the modal system based on the SFG theory was applied to the collected data. An interrogation of the modals reveals propositional content of the modals within the syntactic structures in which they occurred. It was found that the modal verbs as employed by Nigerian women in the newspaper articles indicate that the perception of the women in terms of their ability to assert their power within the Nigerian society is yet to fully materialise. Instead, the finding indicates their continued hegemonic consent to the patriarchal social order. It was thus concluded that modals not only possess semantic content within syntactic usages, their usages by Nigerian women have propositional contents that are not fully self assertive but rather hegemonic in its support of patriarchy. 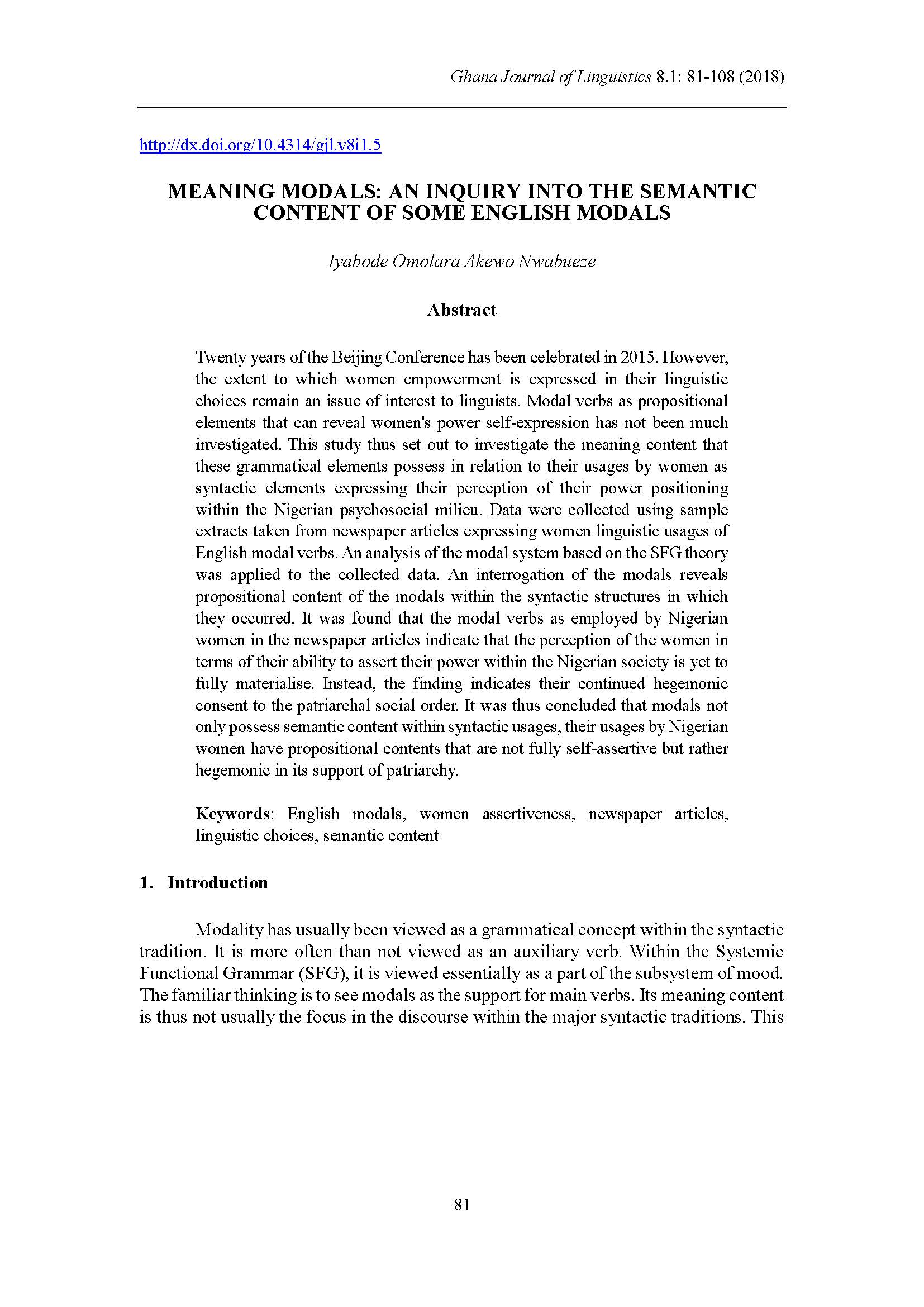 Nwabueze, I. O. A. (2019). Meaning Modals: An Inquiry into the Semantic Content of Some English Modals. Ghana Journal of Linguistics, 8(1), 81-108. Retrieved from https://laghana.org/gjl/index.php/gjl/article/view/207
Download Citation