This paper seeks to examine the conceptual blending patterns observable in selected television talk shows in Nigeria so as to show how thought processes, as revealed by utterances, lead to the formation of strong opinions and positions by change agents. The conceptual blending framework is utilised to identify how several inputs blend to form an emergent structure that is most times revealing of ideology. Processes such as ‘Theme-Event-Process-Action’, ‘Theme-Action’, and ‘Theme-Process/Action-Process’, were realised by participants’ contributions to the discourse and helped to show how they really viewed the matter on hand.  Their striking use of metaphors showed that their positions were indeed conceptualised. 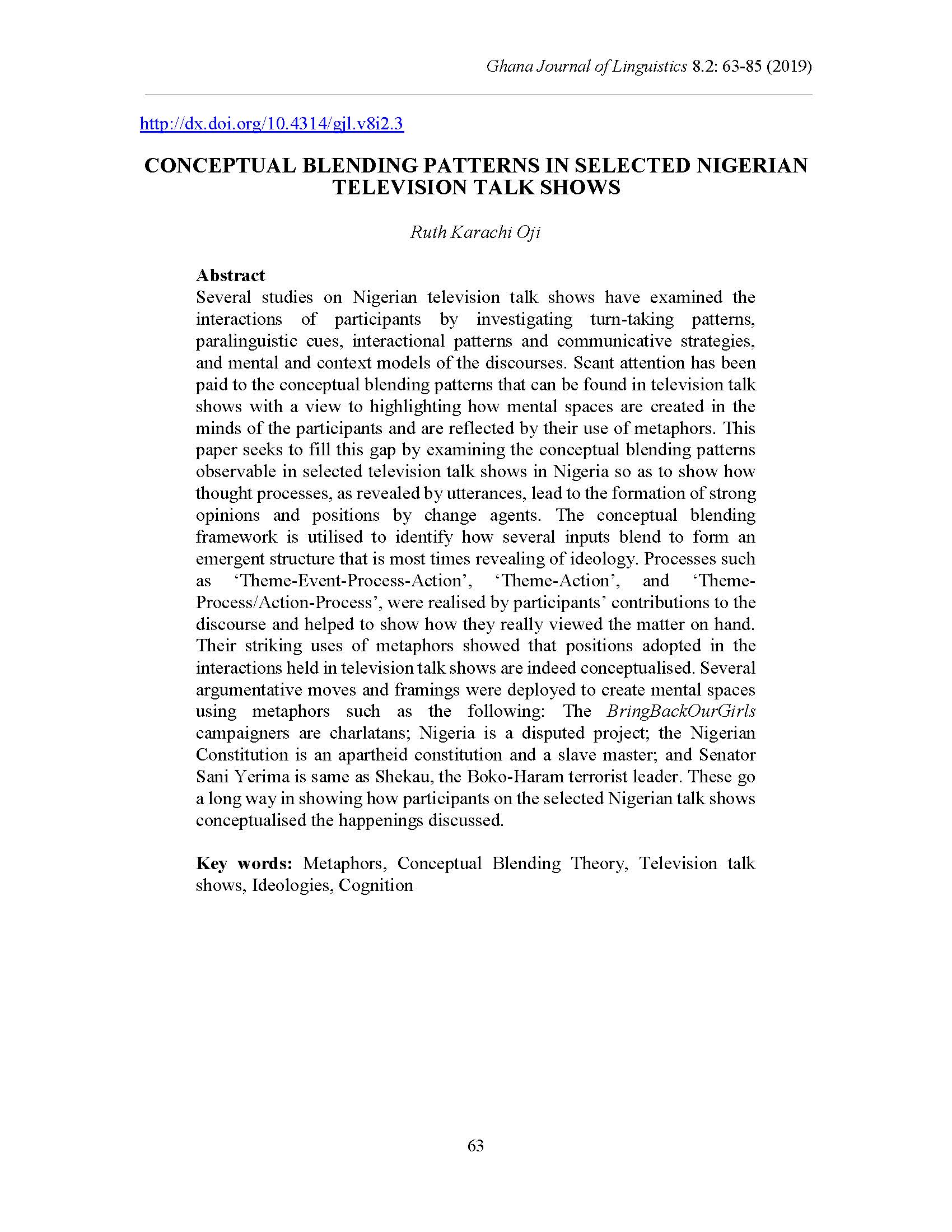