Ideological discursive formations in an emerging democracy: The case of the presidential inaugural of Ghana in the Fourth Republic

The inaugural address has received a fair bit of scholarly attention due to the strength in the argument that it occupies an important position amongst discourses that can be termed political; and of course, the recognition that it performs an important political function within the state. The primary interest in the inaugural address has mainly been from the field of rhetoric and composition. This study approaches the inaugural from a Critical Discourse Analysis (CDA) perspective that allows for an examination of the discourse of governance as it is ideologically expressed in the inaugural address. Four (4) inaugural addresses of four (4) presidents within Ghana’s Fourth Republican tradition were purposefully selected to create a mini corpus for the study. Using the dialectical relational approach and drawing specifically on the concepts of subject positioning, agency in discourse and intertextuality, the analysis examines the ideological discursive formations of governance expressed in the inaugurals as discourse types as well as looks at the issues of subject positioning and agency and their ideological implications in the inaugural addresses. The analysis reveals that though there is an extent to which the ideological discursive formation of collectivism has been naturalised in the addresses, there exist differences in terms of how the subject is characterised within this collectivism. It also reveals that there are differences in how the principals of the two political traditions express agency within the addresses. We argue that these differences do construct and are constrained by the different ideological discursive formations of the two political traditions that have dominated Ghana’s political space. 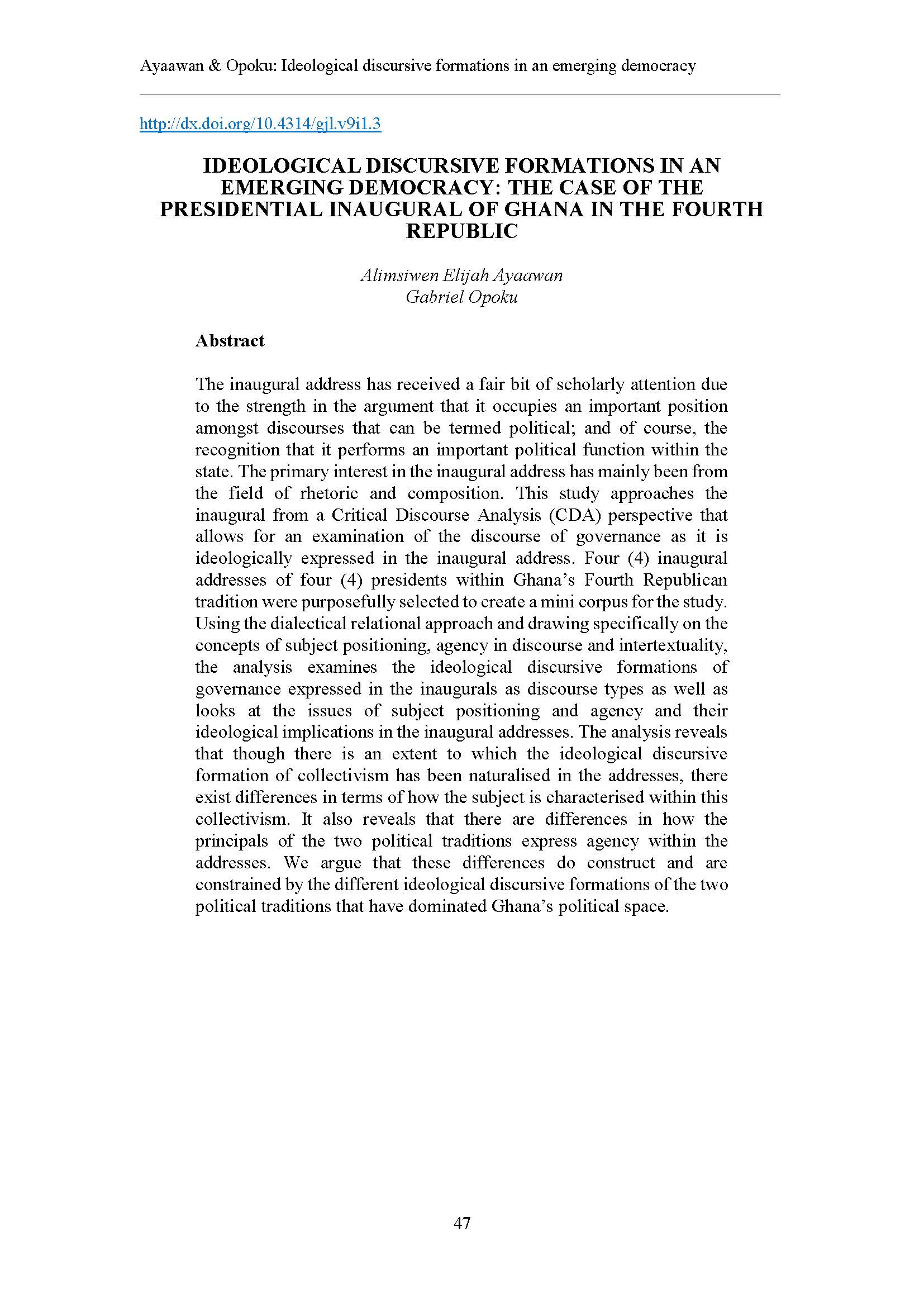 Ayaawan, A. E., & Opoku, G. (2020). Ideological discursive formations in an emerging democracy: The case of the presidential inaugural of Ghana in the Fourth Republic. Ghana Journal of Linguistics, 9(1), 46-71. Retrieved from https://laghana.org/gjl/index.php/gjl/article/view/306
Download Citation

This work is licensed under a Creative Commons Attribution 4.0 International License.