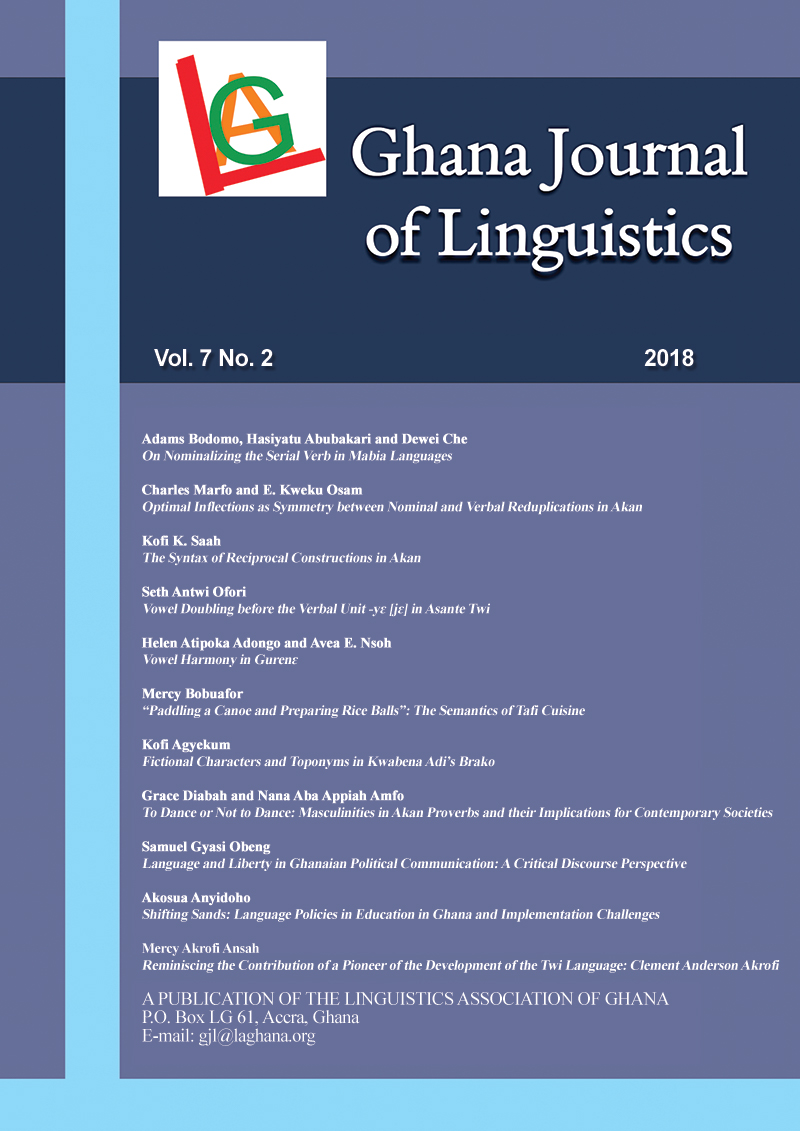 Professor Florence Abena Dolphyne holds a PhD in Phonetics and Linguistics from the School of Oriental and African Studies, University of London. She obtained her first degree, a BA Honours in English, from the University College of Ghana (now University of Ghana) in 1961.

Professor Dolphyne’s research interest is in Instrumental Phonetics, Phonological Theory, Phonology of the Akan language and its dialects, the Phonology of English and its variations in Ghanaian English, Historical Linguistics with reference to Akan, Language in Education in Ghana with reference to the place of Ghanaian languages and English, especially at the Primary school level.

In her active research years, Prof. Dolphyne produced key publications that influenced the discipline. Among these are: A phonological analysis of Twi vowels; A classification of Akan verb stems; Dialect differences and historical processes in Akan; The Brong (Bono) dialect of Akan; Tone and grammar in Akan: the tone of possessive constructions in the Asante dialect; The Akan (Twi and Fante) language: Its sound systems and tonal structure; A course in oral English; A Course in oral English: Teachers’ handbook.

Professor Dolphyne’s contribution to the discipline of Linguistics went beyond her teaching and research at the University of Ghana. She was instrumental in the work of the Linguistics Circle of Accra, the precursor to the Linguistics Association of Ghana, as well as the West African Linguistics Society (WALS).

Professor Dolphyne has made a huge impact not only in the field of academia but also in national development and Christianity in Ghana. She was the Vice Chair for the National Council on Women and Development and later became Chairperson for the Council. She was the Chairperson of the Ghana Education Service (2002-2006). She also served as a Board Member of the Ghana Education Trust Fund and VALCO Trust Fund. She also served on the Council for National Reconciliation Commission (2002-2004). She has held the positions of first and second Vice President of the Bible Society of Ghana. She was a member of Methodist University College Council and has been a Conference Member of Methodist Church, Ghana since 1999.

In recognition of her sustained role in the development of higher education in Ghana, Prof. Dolphyne was awarded an honorary doctorate (D.Litt) by the University of Ghana in 2004.